I Did Not Kill My Cousins – A Poem 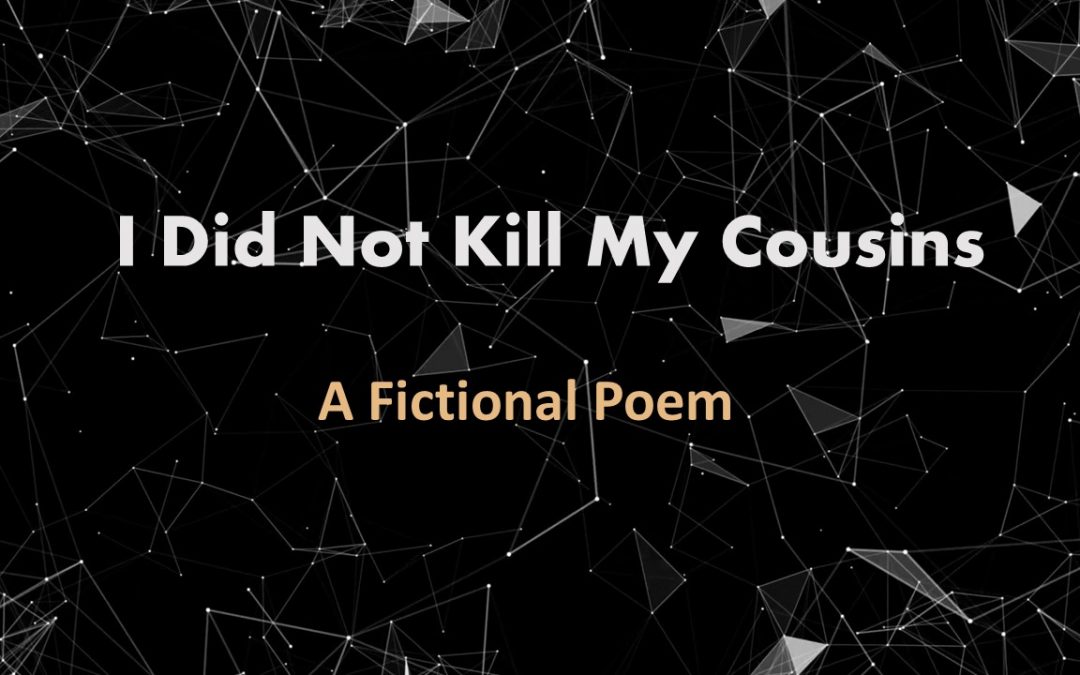 Rwanda​ is a country of people who speak the same language, share the same culture (with its diversity), and live in the same villages, on the country’s beautiful hills, as neighbors, friends and relatives.

Researchers and scholars have not yet agreed on both the origin and the meaning of the groups ‘Hutus’, ‘Tutsis’ and Twas’, but all we all know is that these groups have coexisted for centuries, and this resulted in so many intermarriages.

The 20th century has been tragic for Rwanda, and towards its end, in 1994, the country experienced one of the biggest tragedies the world has ever known: The Genocide against the Tutsi.

Although not all Hutus participated in the genocide (in fact some were also killed), the perpetrators sang that they were killing in the name of Hutus, and encouraged all Hutus to join the hunting of their Tutsi neighbors.

In the process of healing and reconciliation, the Rwandans born of intermarriages between Tutsis and Hutus seem to have particular questions and emotional needs. Many identify with the survivors of the genocide, but also feel somehow linked to the identity of the killers. Sometimes, they experience rejection by both groups and feel like they do not belong.

This fictional poem is an attempt to tell the story of an imaginary character I named Rukundo, which means ‘Love’ in Kinyarwanda. Like any other fiction stories, the purpose is not to explain history or to suggest what the future should look like. My aim is simply to tell a story and hope that each of us might draw a lesson from it.

I Did Not Kill My Cousins

Some were tall
Others were shot,
We were a family

In the sand we played,
On the bed, we jumped,
We were cousins.

The girls were my darlings
The boys were my favorites,
We were like siblings.

April was a cursed month,
Mother hiding in the ceiling,
Father begging the killers.

I wanted to run to the cousins,
Tell uncle Mama was in trouble,
I thought he was not hunted.

Killers had caught my uncle,
My cousins were no more,
Their fate was worse than ours.

Father accepted to take a gun,
Pretended to be in their club,
The club of the flat-nosed.

It was all weird and scaring,
At home father cursed the killers,
Outside, they shared drinks.

The hunters forgot our house,
Mama spent days in her room,
Weeping for the dead innocents.

Three months went by,
The patriots won the war,
July was a sunny month.

The new cousins were less kind,
They spoke no Kinyarwanda,
They called me bad names.

One day Papa left our home,
He did not come back,
He was arrested and jailed.

Mama spent nights weeping,
Days were spent at the prison,
I didn’t know how to help her.

Papa came back home,
I did not ask how and why,
Maybe he was released.

One morning he left again,
That was the last I saw him,
Maybe he disappeared.

My Mama is not a widow,
But she has no husband,
No club for women like her.

They killed my cousins,
My uncles and aunties,
And my grandparents.

Never shall I forgive the killers,
My loved ones were innocent,
Mama weeps for them all nights.

Mama says Papa was innocent,
The gun came from his brother,
It was meant to trick the killers.

If I doubt Papa’s innocence,
I have no names of his victims,
He is nowhere to elucidate.

Social media is not social,
Photos send a bad message,
Maybe I look like my father.

All names I have accepted,
But I can’t take it anymore.
I’m not an exterminator.

Father called me Rukundo,
They say he referred to mom,
Mama worships their love.

I have doubts about everything,
Feel betrayed by everybody,
Surrounded by hatred and lies.

I love my dead loved ones,
I miss my disappeared father,
And I need to smile at the alive.

Thanks for listening to Rukundo.